The early part of the year saw the completion of the overhaul of 89001. The major remaining internal items, the Field Convertors and the Rheostatic Brake Stacks, were installed. The roof sections were reinstated, after cleaning and checking that everything seals correctly. The locomotive’s Field Battery has been rebuilt, using new cells. New brake blocks have been manufactured and fitted to the locomotive. The hydraulic Parking Brake system has been serviced and re-commissioned. The Brake Hoses and Buffer Beam mounted brake cocks have been replaced. The roof mounted equipment HV busbars have been re-instated; connecting the pantograph, overhaul Vacuum Circuit Breaker and new HV Cable Assembly.

In February 86401 was sold to West Coast Railways.

89001 was moved on 30/04/2020 from Barrow Hill to Toton, where it will receive a new livery. DC Rail Class 60 locomotive 60046 was used to provide the haulage. This was the 89's first excursion away from Barrow Hill since returning from Norwich in January 2006. 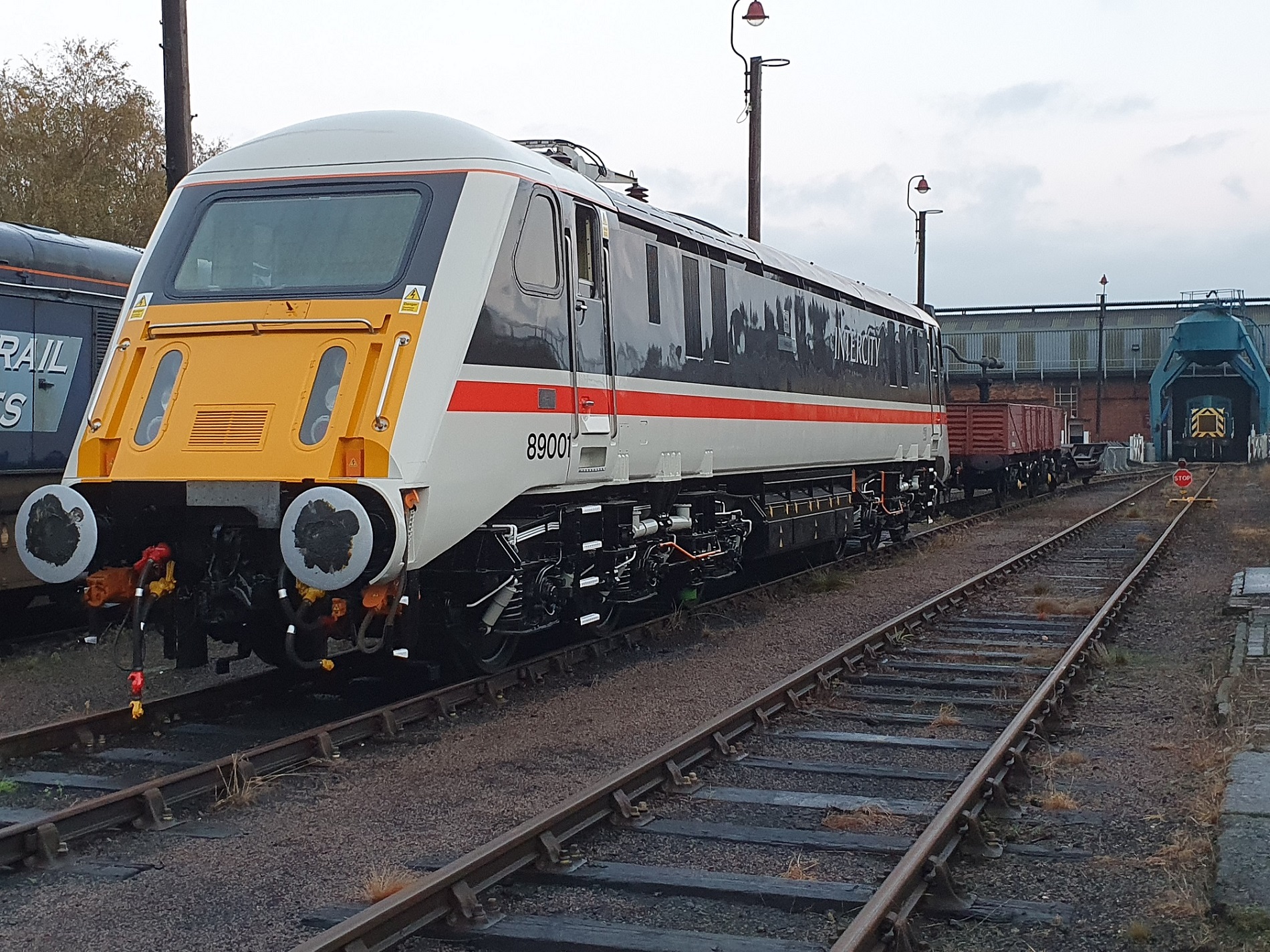 After repainting into Inter City Swallow livery, 89001 was hauled back from Toton to Barrow Hill on 13/10/2020 by DC Rail locomotive 60028. Whilst at Toton, replica "Avocet" and RSPB logo plates were added, along with replica Brush works plates.