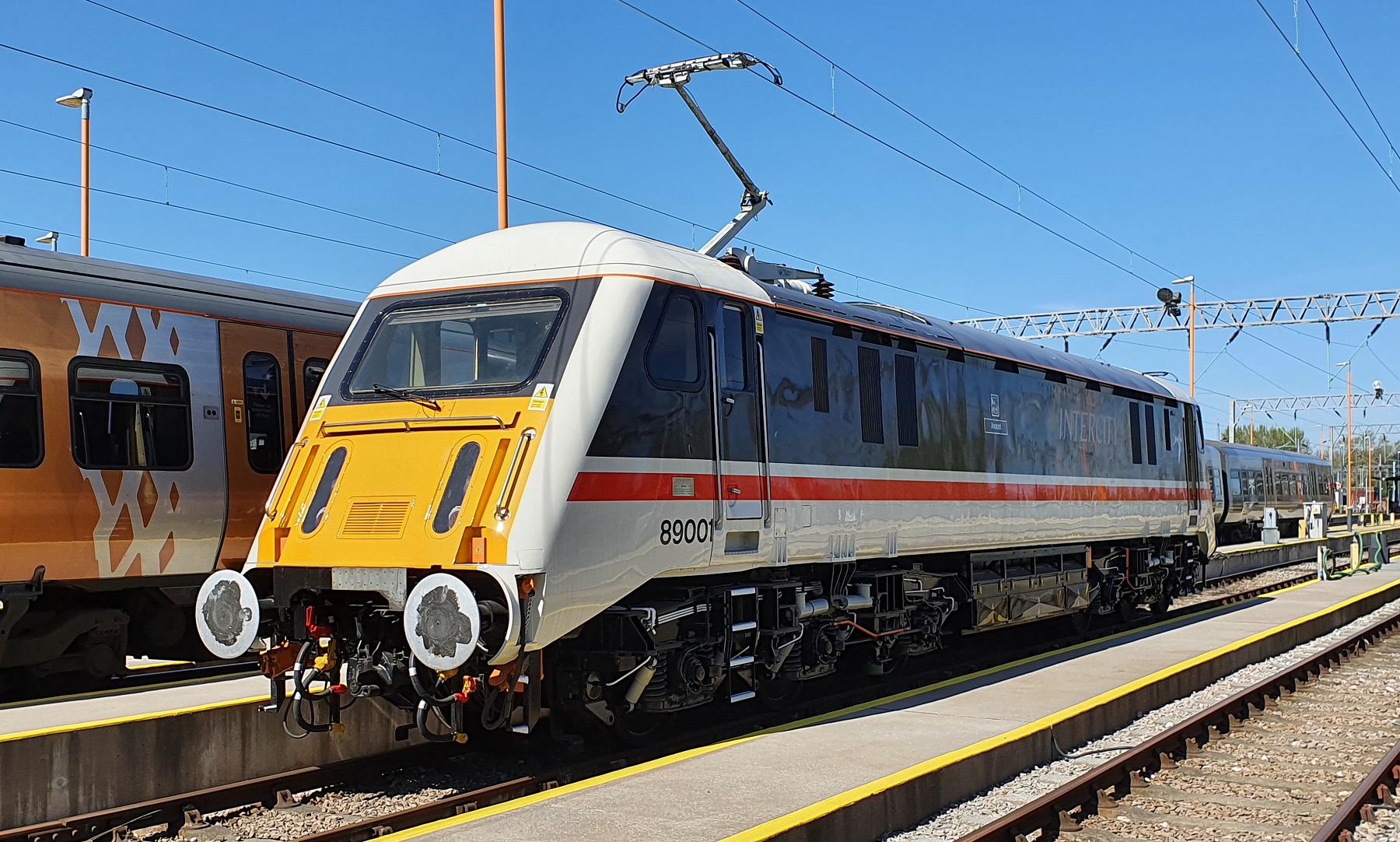 Several moves were made around the depot and in the sidings, at up to the depot 5 mph speed limit. Some of the moves used the depot's shunting locomotive 08805 as an extra load.

A video of one of the test moves can be seen at https://www.youtube.com/watch?v=cMBiCT8SF4o. Thanks to Tim Bralesford for this video.

This completes the testing planned for the locomotive at Soho depot.

We are grateful for the considerable assistance given to us by West Midlands Trains in accommodating the testing at Soho depot, and to Rail Operations Group for providing the driver and other staff for this low speed testing.